Very Good condition used trigger pack. Looks like it has been test fired only. This is an original GEN II pack, with black hammer and black cross pin. There is no green paint dot, indicating this pack came towards the end of GEN II trigger pack production. (These details about the black cross pin and green dot probably mean nothing to 99.9% of buyers, these are just some tiny variations I’ve spotted amongst trigger packs, having worked on these the past 15 years).

It should be noted that a black hammer is the only thing that designates a PS90 as Gen II. PS90s with black hammers sell for $1,000+ more than PS90 without. This Gen II trigger pack is the number one feature for a collector grade PS90.

(No reviews yet) Write a Review 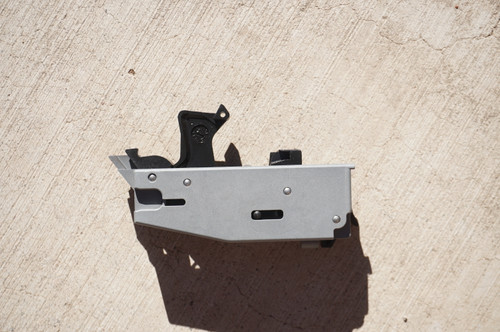